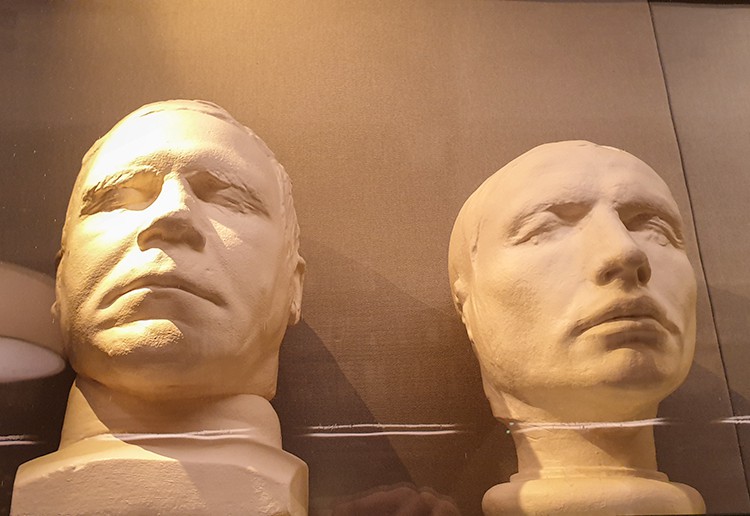 Follow the trail of Edinburgh’s most notorious serial killing duo and explore the real sites of their murders on a Burke and Hare Edinburgh tour.

The infamous duo used to prowl the city’s streets in search of their next victim they could transform into a corpse to sell to anatomy students for their next dissection in exchange for a bit of cash.

Unlike others in the shady market of grave robbing Edinburgh was trying to put a stop to, Burke and Hare weren’t graverobbers, body snatchers, corpse lifters or resurrectionists.

Or at least there’s no evidence to suggest they snatched bodies from cemeteries. Instead, to procure their cadavers to sell to medical schools, they embarked on their own killing spree which ended in 16 deaths.

Follow my Burke and Hare walking tour in Edinburgh and step into the gruesome history of Edinburgh’s serial killing duo.

The Increasing Demand for Cadavers

At the time of the Burke and Hare murders, Edinburgh was relatively advanced in the medical field, with students flocking from all over the world to learn more about human anatomy.

But despite the modern developments, the city’s perception and understanding of death were still tangled up with superstition.

The main belief was that if a body was dissected, it wouldn’t make it into the afterlife. Or if it did, it would appear in heaven as it was after it had been dissected.

This superstition made it nearly impossible for doctors in Edinburgh to obtain human bodies for medical dissection, as families didn’t want to donate them.

Shortly, there weren’t enough bodies to meet the increasing demand for medical schools.

Anatomists were permitted to use the bodies of criminals and those who died in correction houses.

But in order for Edinburgh to remain on par with other medical schools, the city needed more corpses to educate their students.

The Introduction of Grave Robbing

As a result, Edinburgh’s cemeteries became hunting grounds for anyone seeking fresh bodies to deliver to medical schools for a pretty penny.

The Burke and Hare murders were likely first sparked following the death of an older resident of Hare’s Lodging House.

Because they didn’t receive the rent before his death, Hare and his wife sold the resident’s body to Dr. Robert Knox in Surgeons Square in exchange for a tidy sum.

The Burke and Hare Murders

Between 1827 and 1829, Edinburgh was a playground for the serial killers. Their first victim was another tenant who was expected to die shortly but got a helping hand from the murderous duo.

Burke and Hare restrained him while covering his mouth and nose until he died from asphyxiation. This way of killing, now known as “burking”, was very effective as it kept the body in excellent condition for Dr. Knox.

Burke and Hare were picky when it came to finding victims and would only kill people who met certain criteria.

Burke and Hare’s Rules for Killing

Rule Number 1: Don’t pick an Edinburgh person who is known to someone

Rule Number 3: Pick someone who is weak

Rule Number 4: Choose someone who is poor

Rule Number 5: Choose someone who is unwanted and whose absence wouldn’t be noticed by a loved one.

Eventually, the pair got sloppy and targeted some well-known members of the community which led to them being caught in the act by one of their tenants who discovered them with the freshly murdered corpse of their last victim.

This person was the 16th to die at the greedy hands of William Burke and William Hare. After their crime was discovered, the Burke and Hare murders came to an end.

The lodging house run by William Hare and his wife Margaret Laird, Tanner’s Close Lodging House was the location of many Burke and Hare murders.

After successfully selling the body of a tenant who died before paying his rent, Burke and Hare regularly lured people to the house where they’d load them up on alcohol then murder them after they’d passed out.

Blackfriars Wynd was one of the main hunting grounds of Burke and Hare. The area was overflowing with decaying buildings, poverty, prostitution and loads of alcohol.

Drifters and out of towners used to head to the cheap lodging houses around here, making it easy for Burke and Hare to find victims who wouldn’t be missed by friends or family.

Burke and Hare were able to keep going for so long because they preyed on the vulnerable down on their luck and at the bottom rung of society.

Don’t be fooled by any pubs named “Burke and Hare”, The White Hart Inn in Grassmarket is said to be where the duo hunted their next Burke and Hare victims, getting them drunk before luring them back to their nearby lodge.

Burke and Hare used to carry the bodies of murder victims down High School Wynd on their way to Dr. Knox’s Anatomy School.

To get a true feel for the route Burke and Hare took, start your Burke and Hare Edinburgh tour at Tanner’s Close Lodging House and head along High School Wynd to Surgeons Square.

This is where Burke and Hare brought their freshly murdered corpses. Although you can’t enter, it’s still worth visiting the outside of the building at The University of Edinburgh’s Old Surgeons’ Hall at High School Yards in Edinburgh.

Head to the entrance of Gibbs Close to see where Burke’s brother lived. This site is also the location of another murder, that of local prostitute Mary Patterson.

The close no longer exists, but the entrance to the close is where Mimi’s Little Bakehouse stands today.

One of Burke and Hare’s more well-known victims, entertainer James Wilson, better known as Daft Jamie, lived on Stevenslaws Close. The close is just off the high street next to the gaming shop Warhammer.

Although Burke and Hare weren’t body snatchers, be sure to visit Greyfriars Kirkyard, where the earliest case of graverobbing in Scotland occurred. Today you can still see the mortsafes that were put in place to make graverobbing nearly impossible.

Another way to keep away resurrectionists was to build manned watchtowers. The best watchtower is in the nearby New Calton Cemetery.

Imagine being in one of the watchtowers at night, keeping an eye out for criminals and anatomy students with shovels!

The underground vaults in Edinburgh were designed to be used as storage for shopkeepers, but the poorly built vaults leaked and were quickly abandoned. Soon after, the vaults became deep, dark areas flooded with crime, bootlegging and prostitution.

Rumour has it that Burke and Hare either murdered people down there or just kept bodies there before bringing them to Dr. Knox. Although this is all speculation with no proof, the vaults are still worth a visit.

Calton Hill was once the location of Calton Jail where Burke was incarcerated before his execution. The jail is no longer standing, but you can still see some of the outside walls, as well as the Governor’s House.

Burke and Hare were finally caught when one of their tenants became suspicious and found them with a freshly murdered corpse at the lodging house. Hare turned king’s evidence against Burke in exchange for immunity.

The trial took place at the courtroom, a large open square next to St. Giles next to the statue of Charles II on his horse, on December 24th in 1828. Burke was found guilty the following day.

The Lawnmarket Gallows is where Burke was hanged on January 28th, 1829. If you stand on the corner, directly across the street from the statue of David Hume, you’ll see three golden bricks on the ground where the street crossing is.

These golden bricks, called Luckenbooths, look like brass “H” and mark where the public execution of Burke took place in front of almost the entire city.

After Burke was hanged, his body was dissected and his skeleton was put on display at The Anatomical Museum at The University of Edinburgh. The museum is a must-visit for anyone who loves medical history.

One of the most fascinating pieces on display is the Burke and Hare skeleton, the genuine skeleton of William Burke. Because he gave himself up to the authorities, Hare was never hanged for his crimes.

The museum is free to enter, but it’s only open one Saturday a month — usually the last Saturday. Check the Facebook page to confirm opening dates and times before going on your Burke and Hare Edinburgh tour.

There is only one single item on display – a card case, sometimes referred to as the Burke and Hare wallet.

The artifact was one of many made with the skin from the back of Burke’s left hand which was stolen during Burke’s dissection.

Continue on your Burke and Hare Edinburgh Tour with a visit to the Surgeons’ Hall Museums to discover another gruesome artifact made from the skin of William Burke.

A Burke and Hare book made out of Burke’s skin sits on display next to the Burke and Hare death mask created after Burke’s death. The museum also features pathology, history of surgery and dental collections.

Many people believe the museum was once the site of Dr. Knox’s Medical School, but they’re wrong. The actual location of the former museum is nearby.

In 1836, 17 miniature coffins, each containing a miniature doll, were found in the crags on Arthur’s Seat.

Because of the time they come from combined with the fact that Burke was a shoemaker with the ability to create items like these, some theorists believe the dolls were made by William Burke.

Some think he felt guilty about the lives he took and made the dolls as effigies for forgiveness.

Take your Burke and Hare Edinburgh Tour to the National Museum of Scotland on Chambers Street where you will find 8 of the remaining dolls.

If you love spooky stories brought to life by real actors, visit the Edinburgh Dungeons and come face-to-face with Burke and Hare as they search for their next victim.

Burke and Hare Books to Read

To discover more about the Burke and Hare murders and unveil the story behind the victims murdered at the hands of Edinburgh’s infamous serial killing duo check out these books.

The Anatomy Murders: Being the True and Spectacular History of Edinburgh’s Notorious Burke and Hare and of the Man of Science Who Abetted Them in the Commission of Their Most Heinous Crimes

The Infamous Burke and Hare: Serial Killers and Resurrectionists of Nineteenth Century Edinburgh