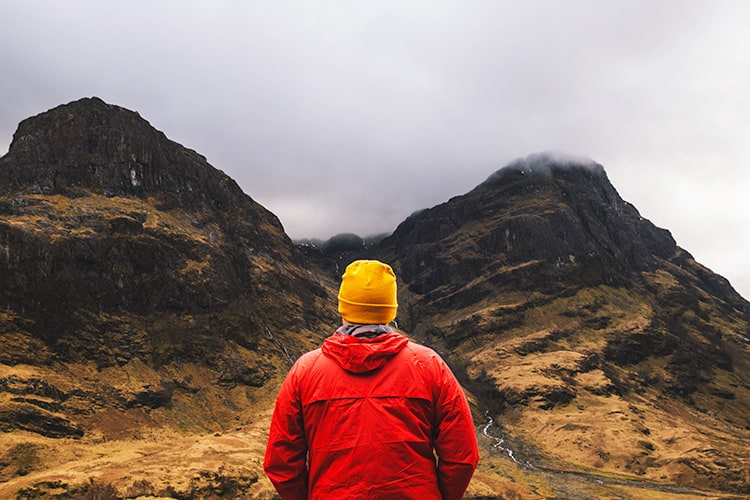 Moving to Scotland can be full of surprises especially if you aren’t aware of some of their colloquialisms, the Scottish culture or just everyday things that are a part of day-to-day life in Scotland. What is normal to them may be totally different than what you do in your home country. Here is my list of what to expect when you move to Scotland.

Expect not to understand a word they are saying

I promise that they do speak English in Scotland, however, you may not believe it when you first arrive! It didn’t take too long to get used to the Scottish accent but the first few days were a bit of a whirlwind of confusion.

I had two experiences when I first arrived that I still remember clearly today. The first was when I attempted to buy a bus pass (Ridacard) from a Lothian Bus Travel Hub.

I walked into the hub and looked around a bit as the workers were chatting with each other. They were speaking so quickly that it sounded like they were speaking another language! I couldn’t pick out a single word.

Another experience was at a fish and chips shop in South Queensferry. I ordered a pizza and the man asked me a question. I had no idea what he said.

So, I looked at the other worker in a “what did he say? Please help me.” sort of way, hoping he would help me out. Instead, he just stared at me like “well? Are you going to answer him or what?” I said “no thanks” and hoped that I correctly answered his question.

Expect to be really cold. All the time.

I say this as a big tough Canadian that would always say “cold? What’s that?” but seriously. Take it from me. Scotland is cold. As the country is surrounded by water, the cold is damp and it works its way to your bones.

Bring extra hoodies, sweaters and socks because no matter what cold weather you think you can handle – Scotland will surprise you.

Expect to be surprised by how they store food

They do not refrigerate their eggs in Scotland. European farms prepare eggs differently than in North American countries. This determines if eggs need to be refrigerated or not – so Scottish eggs are perfectly safe just sitting out on the counter.

However, as a Canadian (or American), you will be shocked. No matter how long you live there.

They also don’t refrigerate their ketchup (red sauce) – I fought my Scottish friends over this one as the package clearly states “refrigerate after opening.”

Expect to learn all of the Scottish Slang

Every country has its own slang words and colloquialisms, but Scottish slang is truly the best. Here are a few of my personal favourites and what they mean.

Expect to be confused by their time

Okay, so looking back this one seems like it should be fairly straight forward but I was still confused. Instead of saying ten thirty (10:30), they will say “half ten”.

Expect to be asked, “Where in America are you from?”

Okay, this is specifically for Canadians, but I can’t even count how many times I was asked this question.

Don’t get me wrong, I love Americans, the United States is a really great country and I am not insulted.

However, it really started to get on my nerves. Please, for the sake of all Canadians just ask “where are you from?”

Expect to call every drink “Juice”

Yes, every beverage in Scotland is referred to as juice. Well, okay, not every drink but what you may call pop, soda, coca-cola or fizzy drink – that is juice in Scotland. This is one of the things to know before moving to Scotland – it will help you avoid the confusion!

I discovered this when I was working at Edinburgh Zoo. A man was going to buy two Capri Sun and two Coca-Cola’s but he decided it was too expensive so he said “just the juice please!” and he meant the coca-cola.

If you want to try the best Scottish juice – try Irn Bru. It’s the best beverage in the world!

Expect to get wet

Scotland is known for its rainy weather. It is something that you can expect when you move to Scotland. You may check the weather and see that it calls for a sunny day and find yourself in a torrential downpour twenty minutes later.

I think this is why most Scot’s always wear their waterproof jackets! It doesn’t matter how prepared you are – you will get wet at some point!

Expect to get friendly with the bus drivers

The transit system in Scotland is fantastic. I really only took the bus in Edinburgh and Glasgow so I can’t speak for all of Scotland but it’s wonderful.

The bus drivers are super friendly and will help you if you need it. Be sure to ask them to let you know when your stop is if you aren’t sure. Also, say thank you to them when you get off the bus!

Expect to learn how to walk fast

Let me tell you, the Scots walk so fast that I was in a full-on run trying to keep up with a man who was giving me directions. With time, you two will become a super speedy walker.

Expect to make some of the best friends ever

One thing that made me so happy was the friends I made in Scotland. The Scots are super friendly and will welcome you into their homes, friend gatherings and just spend time with you out on the town.

They will show you the ins and outs of their city, their culture and teach you how to pronounce Edinburgh correctly.

Your friends will also embrace your culture, want to know more and will join in celebrating holidays from your country! Canada Day and Thanksgiving were spent with friends.

I am so grateful for all of the friends I made while living in Scotland – and you will be, too!

More Information about Moving to Scotland